The US Naval Academy ADM Robert L. J. Long, USN Award was established in 1997 to recognize that graduating Midshipman who achieved the highest level of academic achievement in the USNA Honors Program. The winner is selected by a faculty committee composed of the Department Heads (or their representatives) of the six Academic Departments which comprise the Honors Program. chaired by the Layton Military Chair of Intelligence. The award consists of a commemorative wall plaque, an engraved telescope and a 1-year membership in Naval Intelligence Professionals (NIP).

This award is endowed by the family of ADM Robert L. J. Long, USN. ADM Long was born in Kansas City, Missouri and grew up there. He graduated from the US Naval Academy in 1943, served on the battleship USS Colorado in the Pacific and entered the submarine service after World War II. Admiral Long saw combat in the Vietnam conflict and commanded the USS Sea Leopard, a diesel-powered submarine, the USS Patrick Henry and the USS Casimir Pulaski, nuclear-powered ballistic missile submarines. He also commanded the Submarine Force, United States Atlantic fleet; Submarines, Allied Command; and Submarine Force, Western Atlantic area. He was Executive Assistant and Naval Aide to the Under Secretary of the Navy; Deputy Chief of Naval Operations and Vice Chief of Naval Operations. Admiral Long's final posting was as the Commander in Chief, US Pacific Command from 1979 to 1983.

Following his retirement from the Navy in 1983, Admiral Long was active in a variety of governmental and the military affairs. He served as the principal executive of President Ronald Reagan's fact-finding committee, the Long Commission, that investigated the 1983 Beirut barracks bombing attack that killed 241 U.S. Marines. He participated in the Security Review Commission led by General Richard Stilwell that grew out of the Walker spy case and which was tasked with review of security procedures conducted for security clearances. Admiral Long served on several corporate boards, including Northrop, ConTel, and GTE prior to his death in 2002. 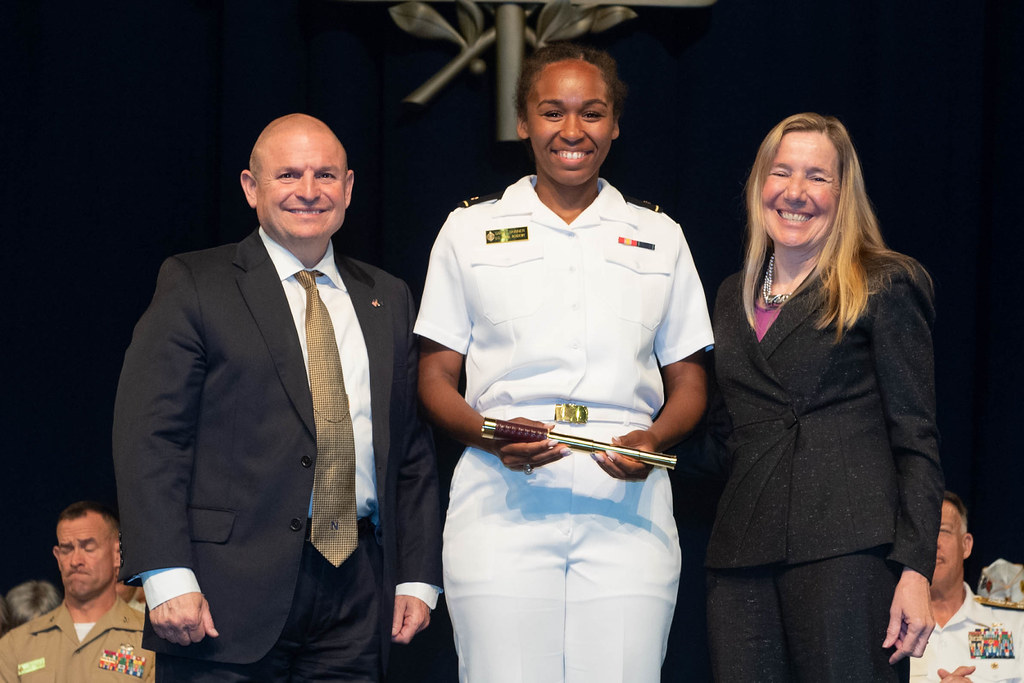 *ENS Skinner is a 2022 Rhodes Scholar and will report to USS Bulkeley after graduate school.