The Naval Postgraduate School (NPS) ADM B.R. Inman Award is presented annually to a U.S. Sea Service officer attending NPS in recognition of that student's outstanding contribution to the field of maritime intelligence. Instituted in 1996, the award is endowed by ADM B.R. Inman, USN (ret) and consists of a commemorative wall plaque, an engraved telescope, and a 1-year membership in NIP. The NPS Senior Intelligence Officer is the selecting official for the award.

During a 31-year military career that included some of the most sensitive national security posts in government, ADM Bobby Ray Inman earned a reputation as one of the nation's finest intelligence officers. He was born in 1931 in the small town of Rhonesboro, Texas. After graduating from high school at age 15 and the University of Texas at age 19, he joined the Naval Reserve in 1951 and was commissioned an Ensign in 1952. He then spent 19 years as an analyst for Naval Intelligence, serving on an aircraft carrier, two cruisers and a destroyer, as well as in a variety of onshore assignments.

In 1972, ADM Inman graduated from the Naval War College and became the Executive Assistant to the Vice Chief of Naval Operations. He then served as the Assistant Chief of Staff for Intelligence of the Pacific Fleet in 1973, Director of Naval Intelligence in 1974, and Vice Director of the Defense Intelligence Agency in 1976. He was named director of the National Security Agency in 1977. In 1981, Inman was nominated to be the Deputy Director of Central Intelligence. He served in that position until March 1982. At that time, he became the first naval intelligence specialist ever to earn the rank of four-star Admiral. Since leaving the Navy, ADM Inman has been involved in several business ventures, served on a variety of corporate boards, and acted as an outside advisor to three Presidents, the State Department, and Congress. 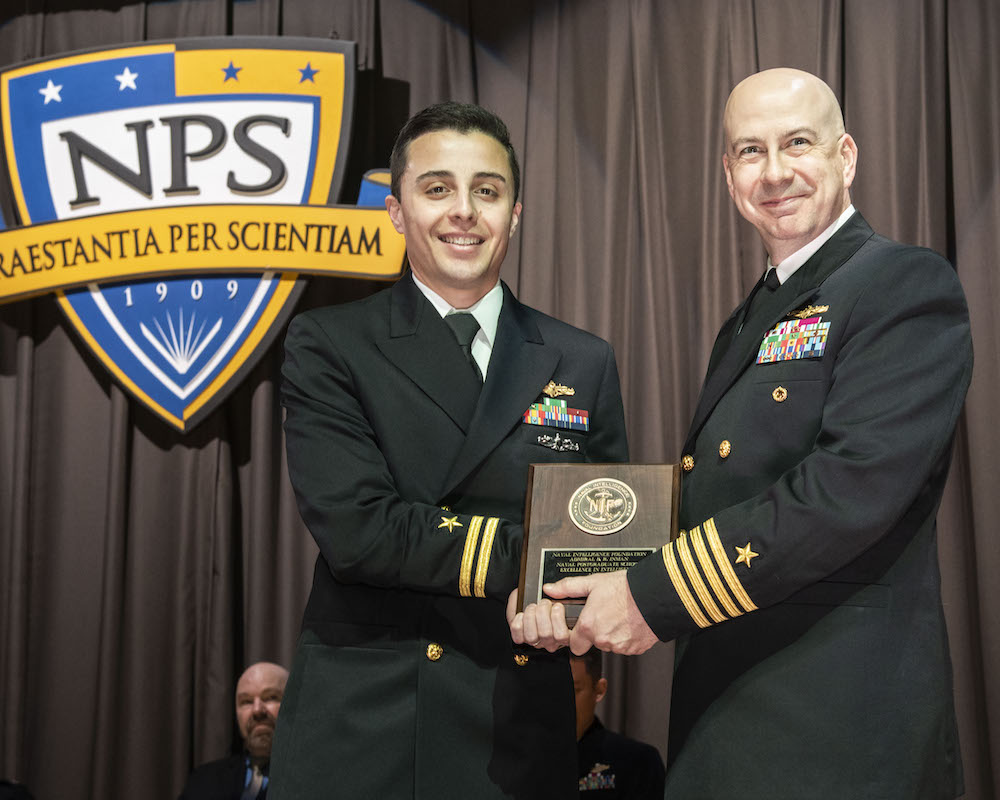 LT Michael Canavati is the 2021 recipient of the Admiral B.R. Inman award. He wrote his thesis on “China’s Nuclear Modernization: Assessing Strategy and Inadvertent Escalation”.