The LCDR John G. Tilson Navy Reserve Intelligence Analyst of the Year Award was established in 1999. The award recognizes outstanding intelligence analysis performed during reserve drills, Annual Training (AT), Active Duty for Training (ADT), or Active Duty for Special Work (ADSW). Any member of the Selected Reserve serving in a Commander, Navy Intelligence Reserve Command (CNIRC) mobilization billet is eligible for the award and the winner is selected annually by CNIRC from among nominations submitted by all Navy Intelligence Reserve Regions (NIRRs). The award consists of a commemorative wall plaque, an engraved telescope and a 5-year membership in Naval Intelligence Professionals.

LCDR Tilson was commissioned an Ensign in the US Navy in 1986; he is a graduate of University of Portland and received his Masters degree in International Relations from Portland State University in 1985. His initial assignment was with Attack Squadron VA-185 aboard the USS Midway. He then served in Hawaii at both Camp Smith and Pearl Harbor from 1989 until 1992. His next duty station was the Fleet Ocean Surveillance Information Facility (FOSIF) in Rota, Spain, where he served as a watch officer and Naval analyst. In December 1995 he separated from active duty, joined the Naval Intelligence Reserve community, and took a position as a civilian maritime intelligence analyst at the Joint Analysis Center (JAC) at RAF Molesworth, UK. He performed admirably as a Reserve Naval Intelligence officer and was mobilized multiple times in support of US operations in the Balkans and elsewhere in the Mediterranean until his untimely death in 2004. 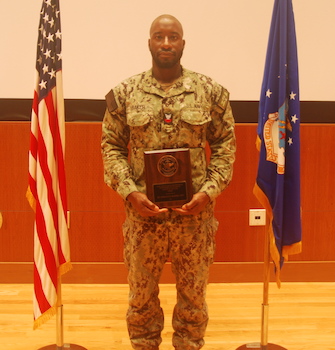