The Captain Sidney E. Wood Office of Naval Intelligence (ONI) Junior Officer of the Year Award is presented annually to that Junior Officer serving at the ONI who has served with distinction as demonstrated by leadership, performance, special accomplishments, and overall contribution to command efficiency, morale, and welfare. The award was established and endowed by Captain Wood in 2009 and consists of a commemorative wall plaque and one-year membership in Naval Intelligence Professionals. The winner is selected by the Commander, ONI.

Born in Macon, GA, Captain Wood graduated from Mercer University in 1957 and was commissioned an Ensign in the U.S. Navy. He began his service at the ONI in the CNO Chart Room (later the Intelligence Plot), where he served as Intelligence Watch Officer and later as CNO Intelligence Briefer for Admiral Arleigh Burke. During this tour he designed and supervised construction of White House Situation Room, and conducted the first overnight watch in same. His early operational tours (1961-1970) included duty with Commander, Amphibious Group One, operating out of Subic Bay, Philippines, as Squadron Intelligence Officer for Fleet Air Reconnaissance Squadron One, during which he served multiple assignments as Detachment Intelligence Officer at DaNang Air Base, Vietnam, and with Staff, Commander, Seventh Fleet, operating in the South China Sea and Gulf of Tonkin.

Shore tours included assignments at the Naval Scientific & Technical Intelligence Center; as Naval Attach in Helsinki, Finland; as Senior Intelligence Officer for the Oceanographer of the Navy and the Chief of Naval Material; as Deputy N2, Staff Commander in Chief U.S. Naval Forces Europe; and as Director, Plans, Policy, and Estimates in the Office of Naval Intelligence. He returned to Europe as the Deputy J2, Staff, Commander in Chief, U.S. Forces Europe from 1982 to 1984. After serving briefly as Special Assistant to the DNI, he retired from the Navy in 1985.

Since retirement, he has worked at SAIC supporting CIA, DIA, NGA, and Naval Research Laboratory contracts. Captain Wood has served in several key positions for the NIF since its inception, serving as Secretary from 1989 to 2000, as Vice President from 2000-2002, and as President from 2002-2010. 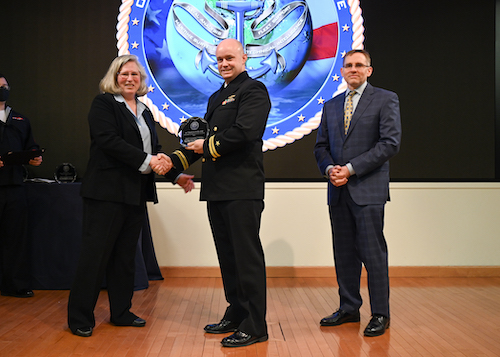