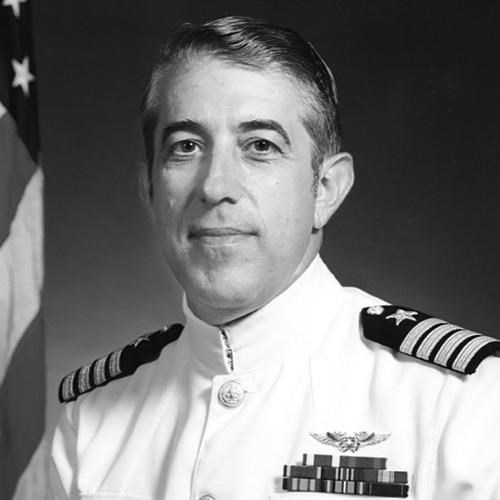 Robert "Bob" DiPalma died peacefully in his sleep on Tuesday, May 31, 2022 at Great Falls Assisted Living in Herndon, VA.

In 1957, Bob graduated from Providence College and enrolled in the Naval Flight Officer Candidate Program at NAS Pensacola, FL, where he earned his wings as a Naval Flight Officer and was commissioned in 1958 as an Ensign. His first duty station was at NAS Glynco, Georgia for training on the Lockheed WV-2 Super Constellation, where he met and soon married Anne Cochran, a nurse studying at St. Vincent's Hospital in Jacksonville, FL. Their first duty station together was NAS Agaña, Guam, where Bob flew with Airborne Early Warning Squadrons 1 and 3.

Following his deployment as a flight instructor at NAS Pensacola, FL and as Intelligence Officer aboard the USS Franklin D. Roosevelt, Bob left flight service in 1966 and was stationed with the newly stood-up Fleet Intelligence Center, Pacific (FICPAC), where he received specialized training in the fledgling field of digital satellite imagery. His additional tours included IOIC Officer aboard the USS Independence; Executive and Commanding Officer of the Naval Investigative Office (later renamed NCIS) HQ, Norfolk; Assistant Chief of Staff for Intelligence at Naval Surface Forces, Atlantic (SURFLANT); Intelligence Officer for Commander, Carrier Group 8 (COMCARGRU 8); and with the Director of Tactical Intelligence/Surveillance Advisory Group at D.I.A. He returned to FICPAC, this time to serve as its Commanding Officer and revisited the Washington, DC area where he served on the Staff of the Secretary of Defense as Intelligence Officer for Tactical Intelligence Systems until he retired in 1986.

After retiring from the Navy, Bob remained in Intelligence, working for a number of defense contractors providing intelligence support from EOD technology to imagery expertise in telemedicine. His dedicated assistance as a subject matter expert and consultant to our Nation's Armed Forces continued until he finally retired only a few years ago. His local community service included as docent and tour guide at the Smithsonian National Air & Space Museum's Udvar-Hazy Center, where he shared his knowledge of and experiences with historic aircraft (he is included on the NASM Wall of Honor). Bob also served his alma mater for many years as a member of the Providence College Alumni Association, and was ultimately presented the Providence College National Alumni Association Personal Achievement Award in 2017. Bob and Anne were both members of St. John Neumann's Catholic Church in Herndon.

Through his exemplary service to our country in the United States Navy, his commitment to Providence College, his exceptional character serving his community as a volunteer, and unwavering devotion to his family, Bob DiPalma has been an inspiration to all who knew him.

The family would like to express their sincere thanks to the excellent staff at Great Falls Assisted Living for the loving care they provided for Bob in the brief time he was with them. Donations may be made in Bob's name to the Navy-Marine Corps Relief Society (nmcrs.org), the Alzheimer's Association (alz.org), or the Hospice Foundation (hospicefoundation.org). Funeral and burial services will be held at Arlington National Cemetery at a date to be determined.