The Honor Flight Network is a national network of independent hubs working together to honor veterans who served from World War II to the Korean War and through to Vietnam. They also serve catastrophically ill and injured veterans from all service eras. The Network honors these veterans by providing them with an all-expenses paid trip to the memorials in Washington, D.C.

Captain Shepard has been involved with San Diego Honor Flight since 2012. He has participated in 17 flights as both a guardian for the veterans and a dinner keynote speaker. (Guardians are companions who physically assist the veterans at the airport, during the flight, at the hotel, and at the memorials). He has also served as a keynote speaker for the National Honor Flight summits.

Master Chief Mattingly is a volunteer with Honor Flight Tour Guides. He started volunteering with Washington, D.C. Honor Flight Volunteers as an airport greeter and guardian. After riding as a guardian for two years, he stepped into the role of a volunteer tour guide. Hubs throughout the country request local tour guides to provide a narrative of the history and lore of Washington, D.C., its memorials, monuments, and the sacred ground of Arlington National Cemetery. From ISCM Mattingly’s perspective, “There is no better way to spend a day than on a bus of visiting veterans.”

For more information about Honor Flights go to  https://www.honorflight.org/ for a hub near you. 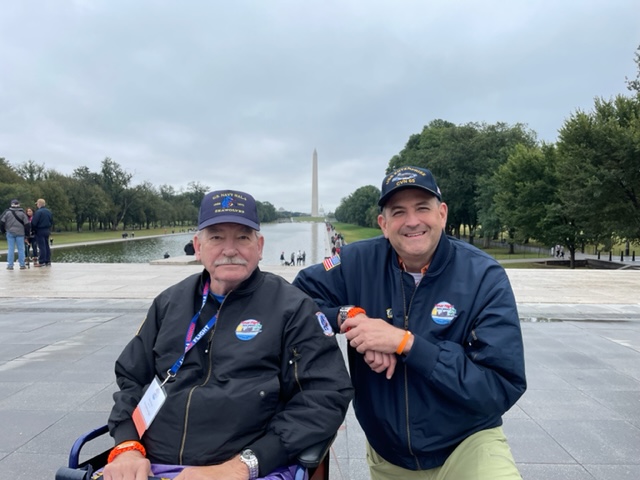 CAPT (Ret) Shepard and his veteran, CDR (Ret) Mitch Brown, a former NIP member and a Seawolf pilot. Following Vietnam, Brown continued flying and worked several projects with intelligence due to his Russian language abilities. He later taught National Security at the Naval Postgraduate School and made several friends in the intelligence community. 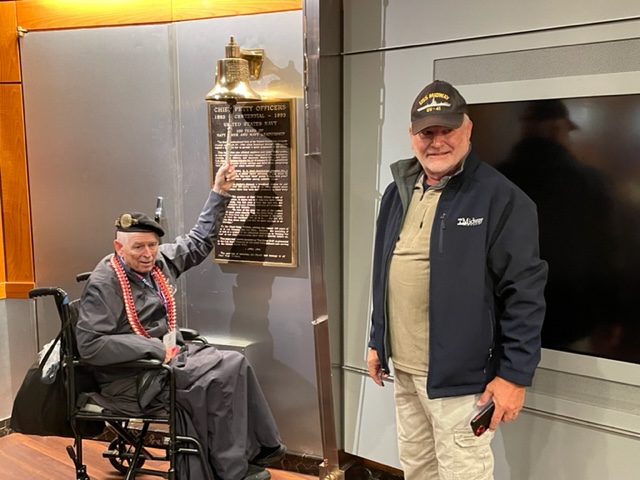 ISCM (AW) (Ret) Dave Mattingly and a retired Seawolf chief, shown here ringing the bell at the Navy Memorial in Washington D.C. ISCM Mattingly organized this event for the chiefs in the group, which turned out to be an emotional experience for the veterans. The tradition of ringing the bells stems back to 1993, on the 100th anniversary of the creation of the chief petty officer (CPO) rank, when a bell was purchased and installed at the U.S. Navy Memorial on Pennsylvania Ave. It now hangs in a room that is the National CPO Mess. Whenever a chief visits the memorial, the staff will bring out the striker so they can ring the bell. Only a chief can ring it.