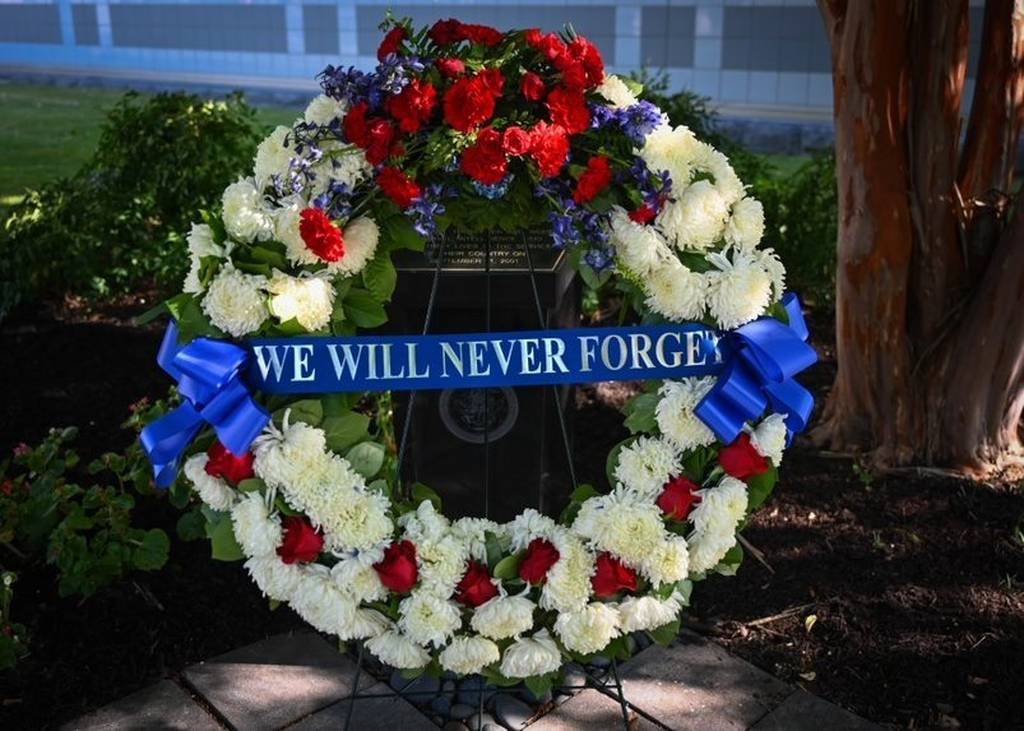 The Office of Naval Intelligence held a wreath laying remembrance ceremony on Sept. 11, 2022, to honor the eight ONI shipmates who lost their lives during the terrorist attack at the Pentagon on Sept. 11, 2001. (Navy)

The men and women within the Office of Naval Intelligence workforce will have a special reverence this week as they walk through the office archway that reads: "I am carrying on a great project and cannot go down."

ONI analyst Angie Houtz scribbled that scripture (Nehemiah 6:3) on a sticky note, stuck it on her mirror, and reread it every day before coming to work. The words inspired her, calmed her and reminded her of the importance of her contributions to the greater ONI mission. She looked at those words the day she lost her life on Sept. 11, 2001.

The archway in our main passageway honors her service, along with seven other ONI shipmates killed that day. Their faces are etched in marble in our auditorium and their sacrifice is forever carved into the culture of the nation’s oldest intelligence agency. 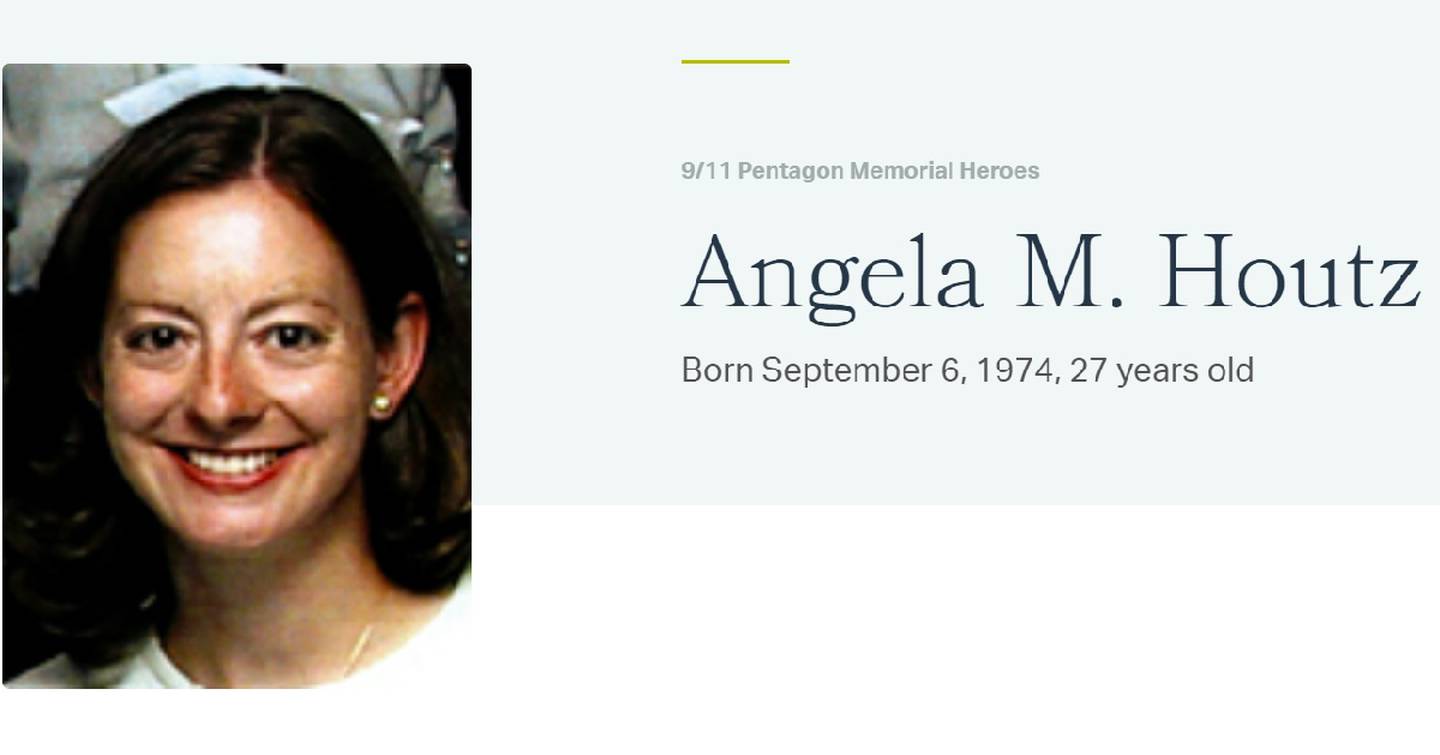 We continue on at ONI, even in the face of such loss, because we must never relent. On 9/11, the nation lost more lives than we did in the attack on Pearl Harbor. And just like in the ensuing days of World War II, ONI again joined the ruthless pursuit of our adversaries in the War on Terror. Our personnel deployed globally and embedded across the fleet to provide timely intelligence in support of military operations across the world and help maintain a dominant naval force. ONI grew its expertise in the civil maritime environment, essential to national decision makers contending with transnational threats of maritime weapons proliferation, narcotics trafficking, terrorism and international sanctions enforcement.

We have carefully watched merchant ships on every sea, searching for adversaries transporting illegal arms, illicit materials and weapons of mass destruction to rogue states or terrorist groups who seek to deploy them against us or our allies. We remain steadfast in our efforts to maintain secure ports, both foreign and domestic, to allow for open navigation of the waters. And through our support to maritime interdiction operations, we have allowed for the free and open dominion of the seas by countering nefarious actors in the maritime domain. We carry these missions while focusing on the challenges of the current geopolitical landscape and maintaining maritime decision advantage against our global strategic competitors.

Just recently, our armed forces and intelligence community brought Ayman al-Zawahri to justice. Zawahri was the leader of al-Qaida and a key architect of the 9/11 attacks, the bombings of our embassies in Kenya and Tanzania, and the attack on USS Cole. As a nation, we sent a message to terrorists everywhere that our reach is global and our resolve is unyielding.

I am immensely proud of the work our civilian and military workforce has achieved since we lost our shipmates. To this day, we have successfully mitigated the use of commercial maritime vessels as a vector for terrorist attacks on the nation. But we must remain vigilant. Violent extremist organizations around the world remain dedicated to destroying our society and our very way of life. We need to stay forever focused on any and all dangers that may manifest again, while still confronting the intensifying threats from major state powers.

ONI will never yield its dedication to delivering decision advantage across the entire maritime domain against any threats, no matter the source. As we carry on this great project called naval intelligence, we will continue to remind ourselves every day: our ship cannot go down.

Rear Adm. Mike Studeman is the commander of the Office of Naval Intelligence.